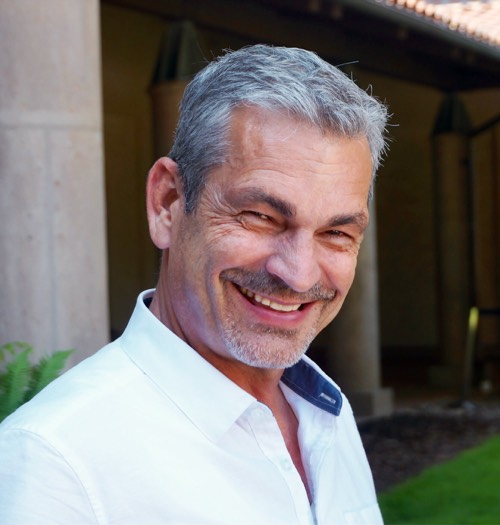 It can be greatly disorienting to be in a storm, especially when key information on the storm is absent. Generally, we are able to prepare, endure and outlast a storm by knowing how strong it is and how long it will last. Absent of that intel, we are ripe for all sorts of panic and misinterpretation of the storm. Most storms, when processed in the midst of the storms themselves, will tend to feel like they will last forever and/or that they will lead to our destruction. With the global pandemic of a virus and accompanying fear, we are in such a storm. The relevant, biblical passage for this time is Mark 4:35-41.

Verse 35, starts out with Jesus speaking to His disciples by the Sea of Galilee saying, “Let us cross over to the other side.” This is a most important phrase to remember, and it is very applicable to us today because we are in a storm that seems interruptive to “crossing over” but is not.

As the Mark 4 story continues, we see that as they crossed the Sea of Galilee a great storm suddenly came upon them. My version for verse 37 says, “A furious squall came up and the waves broke over the boat, so that it was nearly swamped.” Such interesting choice of words for those who have been paying attention. As the story unfolds, Jesus is asleep in the stern and the disciples are panicked as He seems impervious to the storm that is real and filling their boat with water.

The disciples manage to awaken Jesus with “Don’t you care if we drown?” This was not just a fear attack but a set of circumstances accompanied with an irrational fear. We have that today as well. Why do I say that it was an “irrational fear”? First of all, they could see Jesus and He was with them. Secondly, this whole thing started with Him saying, “We are crossing over.” When Jesus prophesies He should be believed. Here, now, is an important insight for us today:

WHEN IN A STORM, WHAT KEEPS YOU ON COURSE ARE THE LAST WORDS PRECEDING THE STORM. 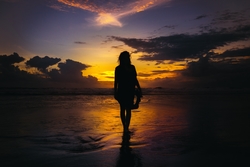 Jesus had said, “We are crossing over.” He rebuked their pitiful faith for forgetting the last thing He had said. Today’s application is that if you want to make it through this present global storm, the most important thing for you to remember is what was Jesus saying – through His prophetic voices – before the storm started? (Photo via Unsplash)

We came into 2020 with a consensus of prophetic voices (which is perhaps not a bad season for personally determining prophetic voices of credibility) speaking of an unparalleled breakthrough in so many ways. I suggest finding those prophetic words (see The Elijah List).

The point is that being in the middle of a storm is not the best time to be processing life or even the storm itself. In a storm, you are anchored by the last words of He who sleeps in and has authority over the storm. Jesus is going to awaken and is going to rebuke the storm itself – but not before chastising the disciples’ missed opportunity to grow in faith (let’s not do that). It is relevant to know (as all who have been to Israel would know) that crossing over the “Sea of Galilee” is literally a quick process. His “sleeping on a cushion” was for minutes or hours, not months or years.

Believe the Prophets of Hope

2 Chronicles 20:20 has been the most repeated prophetic Scripture of 2020 by multiple prophetic voices. I have spoken of it several times:

Did we think we would not live it out in some manner? The specific prophet who they were to listen to was Jahaziel, who in verse 15 had said: “…Do not be afraid nor dismayed because of this great multitude, for the battle is not yours, but God’s.”

Lest we forget, 2 Chronicles 20 was not just about prospering because they listened to a prophet. The scenario is that the people were being surrounded by immense and unbeatable armies that brought great fear even to King Jehoshaphat. The setting was very challenging and it was “the storm” of their day. The right response of the day, based on the revelation of the prophet, was to have a battalion of worshipers lead them onto the battlefield – where they needed to show up but not fight.

Though we highlight praise as a weapon against the enemy, we often miss that “the enemy” is primarily fear and not necessarily the surrounding army we find ourselves facing. The awesome end of the 2 Chronicles 20 story is that as the people subjugated their fears by worshiping and praising God, the Lord caused the enemy to turn on each other and they destroyed themselves. This will happen now in 2020, as well, as you heed to present revelation.

Which Prophets Do We Trust?

This is an important question moving forward now and can literally be life altering for you. If the eye you have chosen to trust is not seeing correctly (think 10 spies), you will miss out on the Promised Land God has for you. 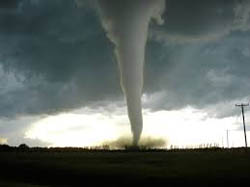 When one has a stronghold of fear one tends to lean toward fearmongering prophets. Fearmongering prophets can always have and even increase a following by fearmongering, and that is why they thrive in moments of a “storm.” They come alive and fill the airwaves during a “storm,” deceiving themselves into thinking they are doing the people a service by telling them “the reality check” of the day. What they call “prophetic” is the rehashing of every possible worst-case scenario, as if it were a helpful revelation, and yet all it is “10 spies” reporting. (Photo via Wikimedia Commons)

The 10 spies/seers did not lie in their report. It was just unanointed seeing. Unanointed seers cost Israel 40 years of destiny. The 10 spies saw real giants and lauded themselves for not just being like Caleb, who only told of the grapes and of “the land that flows with milk and honey.” They viewed themselves in a light God did not share with them. Ultimately, they and those who listened to them were withheld from “crossing over” – literally – from the Jordan River into the Promised Land.

Prophets, Beware of Scaring His Bride

The more sobering aspect of the 10 spies’ ending is that they didn’t just die of old age – it cost them their lives. I get accused of only speaking of coming “good things” (I’m in the same company with Caleb, so that is OK), but for those needing a “beware” prophecy from me, here it is: Beware of scaring His Bride – especially when He has her poised to “cross over” into an unprecedented place of destiny. The more established, as a prophetic voice, you are the more serious your consequence will be. I am not speaking judgment over you but only giving you a warning from Him that I recommend you heed.

We are crossing over into the nations being our inheritance. God will fight for us, like never before, as we finally unpack our “rapture bags” and set up shop/His kingdom as “salt and light” in the 7 Mountains of Media, Education, Government, Arts/Entertainment, Religion, Economy and Family (M.E.G.A.R.E.F.). The acronym speaks into the assignment – “Mega Reformation.”

We are crossing over into a day of great deliverance. I prophesied that 2019 and 2020 would be “hinge years” in history where we would experience the greatest rescue operation since the children of Israel’s original Passover, where they were then led through the Red Sea of deliverance from multi-generational oppressors. Not coincidently, we literally are entering into another Passover in early April. Life will be known as before and after these days. You are living in the greatest shift since the Protestant Reformation 500 years ago – and this shift is bigger.

Be aware of the historical moment and respond accordingly. Respond heroically. The present storm is designed to catapult us, not to destroy us. In the storm, Haman’s gallows, originally prepared for the nation’s destruction, are being put around Haman’s own neck. ENJOY THE SHOW.

Johnny Enlow is a social reformer, international speaker, spiritual mentor, and author of The Seven Mountain Prophecy, The Seven Mountain Mantle, and Rainbow God. He and his wife Elizabeth are focused on awakening individuals to their call to provide practical solutions from the heart of God for every problem in society until the real God of all of life is displayed in the seven primary areas of culture in all nations: Media, Arts and Entertainment, Government, Family, Religion, Economy, and Education.

2 thoughts on “"The Storm Is Here – But We Are Crossing Over!" Johnny Enlow, Nashville, TN”

The Names of God